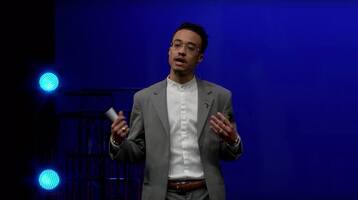 Dieter Cantu is currently the Executive Director at NestQuest, a 501c3 non profit that focuses on changing the future of Houston's children, by providing families who receive Housing Choice Vouchers with access to great homes and exceptional schools.

He has won meaningful local policy reforms that decrease incarceration levels and reinforce the incentive for community action. He focused on juvenile justice reform, police accountability, and bail reform.

Dieter is the founder of Cantu’s Books to Incarcerated Youth Project which has expanded throughout the state of Texas. The purpose of this program is to make a variety of books readily available for the youth housed at various Texas Juvenile Justice Department (TJJD) facilities. He has partnered with multiple universities: University of Houston, Sam Houston State University, University of North Texas, Baylor, University of Texas at San Antonio, and Incarnate Word to collect and distribute books, as well as create a mentorship and pen pal program consisting of members close in proximity to maximum security facilities. The goal is to use these books to improve their literacy and reading skills which will enable them to further their education. This approach to addressing youth with minor infractions levies severe disciplinary repercussion and forgoes a rehabilitative process which would curtail negative stigmas associated with corrective actions.

Dieter founded Position of Power Inc in 2010. As a private consultant for juvenile justice reform, Dieter served as liaison to the Texas Juvenile Justice Department and other national non-profit organizations, where he developed and implemented a comprehensive public policy platform on proactive criminal justice strategies. He served as a Violence Interrupter and Supervisor for Cure Violence where he established partnerships with law enforcement and elected officials to coordinate efforts collectively to rehabilitate those who have committed violent crimes. In addition, he was an advocate for youth through court testimonies, managed gang mediations, and was responsible for resolving biases and intergroup tensions, exercising independent judgement in socially tense and volatile environments.

He was awarded his own day on February 13th, 2018 in San Antonio, TX and also on October 23rd in Houston, TX for impacting communities across the state of Texas through his grassroots leadership and charitable endeavors. Through copious efforts such as the Respect Women Campaign, which spreads awareness on speaking out against domestic violence and gender equality, Dieter advocates for minorities so they are not silenced and are given equal opportunities for achievement.

Dieter has also served on former President Barack Obama’s 21st Century Police Task Force , where he brought forward new ideas and integrated perspectives that lead to improvements in San Antonio Police Department operations and policy initiatives. In addition, during Councilman Ron Nirenberg’s tenure as chairman for District 8 Dieter served on the Access and Advisory Committee, where he oversaw the finance committee and handled an  internal budget. In March 2018, Dieter participated in a TED Talk titled, “The Child Who Believed He Could” where he shared his past experiences as a youth in the juvenile system and strategies to reform the current system that is in place. He was selected for the Rotary Club U40 program and is currently an active member of Alpha Phi Alpha Fraternity Inc.